Starting from the 3rd century BC. the upper classes of ancient Rome they began to appropriate the Greek culture assimilating it to his own.

They studied in Greece and sought life lessons from the Hellenistic philosophers in a process of assimilation that also included the use of adorn villas and residences with Greek works.

The Greek imagery was received as a cultural heritage in its own right, but with its placement first in the villas and immediately after in the public buildings, it was placed in radically different contexts from the original ones, acquiring new meanings and expressing new messages.

The introduction of Greek works and mass-produced copies into new contexts also led to a change in their location and function. Not being contemplated as pure works of art - and therefore not enjoying, as in the modern era, a museum display - they played a completely new function in both private and public spaces. In the villas they served above all to recall the various manifestations of Greek culture, so much so that the owners of the villas called the individual spaces of their homes with the names of institutions and Greek environments. For instance in the Villa dei Papiri in Herculaneum, along a tank, alongside many other works, there is a large number of herms of illustrious Greeks, leaders, philosophers or poets, whose engraved names reminded the observer of the various spheres of Greek history and culture.

Surprisingly, portraits of scenes for the i Hellenistic rulers: it seems that the Roman aristocrats they admired the power of kings and the magnificence of the courts, in an era in which they saw their Res public decline.

In the Sperlonga villa the residence included a deep natural cave which housed the famous groups of sculptors of Scilla attacking the ship of Ulysses and of the blinding of Polyphemus, the cyclops devourer of men. The host's guests they gazed at these impressive and dramatic sculptural groups inspired by the Homeric odyssey when, in the causes already summer day, he refreshed himself again in the cool of the cave, having lunch and drinks on an artificial island built inside it.

If in the late republican age the appropriation of Greek art was still determined by the interest of the upper classes of Rome and other Roman cities with the cultural policy of Augustus became part of a public program.

The emperor himself offered reference models by promoting the election of new ones temples, theater, arcades ed public buildings making them endow with a set of statues.

Unlike what happens in the modern conception of art, it seems that in this process the difference between original and copy played no role, a fact that is presumably also linked to the new contexts of collocation and to the new copy function.

These statues had the function of demonstrate devotion towards the various deities, to celebrate great leaders or emperors. 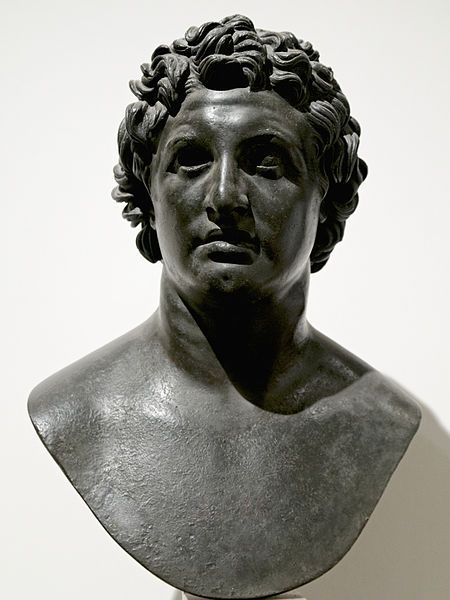 For example the statue of the emperor Septimius Severus in front of a seated statue of Mars, the god of war - a choice tended to celebrate the happy reign of this emperor, who had brought peace with his victories. In term Roman statues were often present Asclepius/Aesculapius, the god of medicine, one of the most widespread divinities in the spas, since many patrons hoped to draw a benefit from one's ills. The statues in the baths were also inspiring desires and needs of a completely different kind. In those environments it was frequent to find statues depicting Venus, the graces, the nymphs and other female divinities admiring which patrons could let themselves go and dream them in the flesh.

The same was true in private circles. When Guide wants to buy some statues for his “museion” of one of his villas, went in search of those that best suited this specific environment intended for reading, reflection or cultured conversations. Famous statues could also be used in other areas, letting them communicate their message as if they were conventional signs. The image of Asclepius could adorn, for example, a medicine chest, while the figure of Marsyas hanging, with the Scythian sharpening the blade to skin it, it could certainly decorate the handle of a knife, to symbolize the very act of cutting.

Through their own copies the most ambitious copyist sculptors even tried to to hire a sort of competition with the originals. Thus the bronze head of the Doriforo of Polycleto coming from the Villa dei Papiri in Herculaneum, it stands out not only for the high quality of the execution but also for the detailed rendering of the locks, which no other copy can be found. The ruling classes of the imperial age learned from his youth not only to read the most famous Greek poets or authors but also to address existential problems with the help of Greek philosophy.

The intellectual energies were invested in conservation and repetition of models inherited from Greek civilization: a culture inspired by concepts diametrically opposed to our ideas of progress, dynamism and innovation, today difficult to imagine.